The Eternal Struggle Between the Two Sides of Success 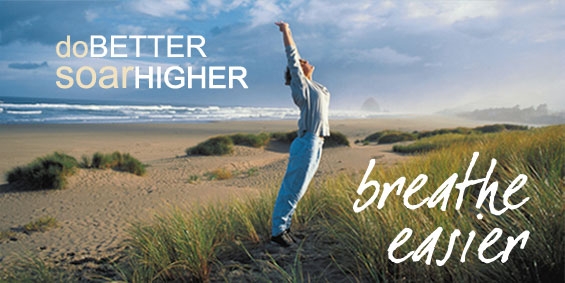 from the back of my business card

There can be a feeling of struggle when moving towards success. One side of it is the push and pull and striving to do better, soar higher. To be successful, we are told that we need to achieve more. As is, is simply not enough. The other side of success is the invitation, the magic (when it happens), to breathe easier. Without the breathe easier side of the coin, we are unlikely to fully enjoy the achievement of better and higher. Breathe easier is a present moment, non striving activity. These two sides of success are in a constant tug of war, at least that is how it can seem.

If we accept the definition of success, as, “success requires higher and more”, then what is in the way of the breathe easier part when we are out there doing better and soaring higher?

My suggestion is that the timing of the check-in about whether we are doing and being those two things can make a huge difference.

While I am striving things can feel hard, stressful, high exertion. Not the kind of feelings we usually associate with breathe easier. The call to do better can, by itself, be more admonition than encouragement. It can feel like a judgment that declares out loud that what/how I am doing something is not good enough. Do better!

I have the picture, with some text, on the back of my business card. (see above)

The idea is to suggest a pose of triumph. The lady doing the first part of the sun salutation pose from yoga, seems to exude… what? Is she doing better, soaring higher or is she breathing easier?

If we split the picture into two and slightly separate the two halves, something interesting happens. The two ideas, not just the pictures, become disconnected and, some say, the whole message loses potency. Do better, soar higher thus isolated, becomes more of an unhelpful form of attempted encouragement. Alone, breathe easier, although an attractive invitation, becomes a little bit of a ‘so what?’ or a ‘why?’ or might even seem like a declaration of one more thing that I am not doing. Sheesh. Even though it is clear that these are but halves of the same picture, the triumph seems to go away.

What if that triumphant moment were revisited throughout the work, to celebrate increments of accomplishments? We humans can have a thing about big achievements, eating the whale as fast as we can, maybe even all at once. Notice what happens when we set that self imposed requirement aside.

What if the do better were allowed to become do a little bit better?

What we seem to miss, pass right by it, is some magic in that soar higher. To soar is effortless. We get hooked by the do better and load up on striving as our primary approach. The magic of soaring is overlooked.

I recently did a survey about these three fragments asking people’s feeling of attraction to each of them. I asked over 125 people. None, not even one, voted for do better. Every voter liked the breathe easier. Many of those also said that soar higher could also feel somewhat attractive. It is interesting to note that in attaining the heights that soar higher can take us to, the do better, way better, just happens… effortlessly. We can too easily miss the soaring.

What might a workplace attitude of soar higher and breathe easier be capable of accomplishing, compared to one that included the do better?